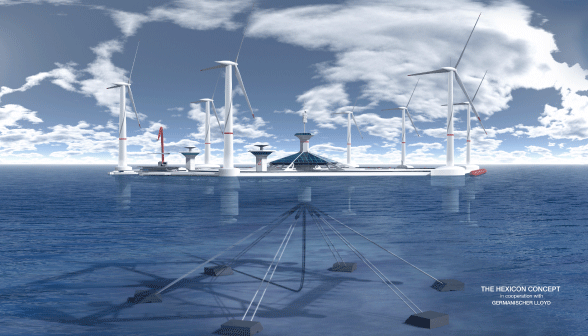 During the summer of 2017 articles from our growing archive will be republished. This one was first published in July 2012.

The interest in solutions to the world’s energy and climate challenges are enormous.

Within the EU, 300 million allowances for carbon dioxide emissions will be sold in the near future to create a financial foundation for a great and innovative investment in renewable energy.

The initiative is called NER300 (New Entrant Reserve) and will fund more than 30 manufacturing facilities for renewable energy and nearly 10 plants for carbon capture (CCS) from the atmosphere. An obvious question is whether there is enough “financial muscle” to realize these ambitions. With 300 million allowances, the current potential market value amounts to around EUR 4.5 billion. The prospects for commercial demonstration projects should be good.

Swedish company, Hexicon, has accepted the challenge and has applied for NER300 funds.

“You could say that our floating energy platform represents the next evolutionary step in the offshore industry,” says Anders Tunbjer, Hexicon’s CEO. “We leave the fossil fuel dinosaurs behind us with a known and proven concept albeit we do it in an innovative way. Offshore platforms have been around for years within the oil industry. Offshore wind energy is widely used and the technology for wave energy is established. But to combine all of these on a large scale, at a competitive cost per generated megawatt, that is something new. ”

Hexicon’s floating platform is a 500-meter in diameter hexagon weighing around 25, 000 tons made of metal and concrete. It consists of 36 wind turbines and 15 wave energy generators. To avoid disruption to communities near the coast, the platform is located 25-30 km out to sea.

“There is a lot of interest in this form of energy,” says Tunbjer. “There are many islands and countries that need to supplement their energy supply with renewable energy. The floating platform faces into the wind and is anchored to the bottom but spins on a center axis. As long as the wind blows, four of the six wind turbines get what we call “pure wind,” which is advantageous from an energy standpoint. Sixty percent of the large turbines have a hundred percent pure wind. By comparison, conventional offshore wind farms only get 10-15 percent pure wind. With our technology, it is the platform that pivots into the wind and not the turbine housing which is fixed.”

The “mega plant” also includes wave energy generators consisting of a number of individual units located below the platform. Each unit consists of a box with an open bottom. When the wave passes, it presses air out of the box that in turn generates energy through a turbine. When the bottom of the box returns to its original position energy is generated again.

The platform has a total capacity of approximately 70 megawatts and approximately 20 percent of this comes from wave power. Only one Hexicon Energy platform’s would be needed to provide Malta with nine percent of its energy needs.

Innovative use of known technology

Hexicon combines in an innovative way the use of different technologies in its floating platforms.

“Our facility is staffed, the crew live in a house in the center of the platform. We have a crane so that, for example, we can quickly replace faulty rotor blades. Sending out a service boat for a wind turbine typically costs big money and as a whole, our maintenance costs are lower than for traditional offshore wind farms,” says Tunbjer. 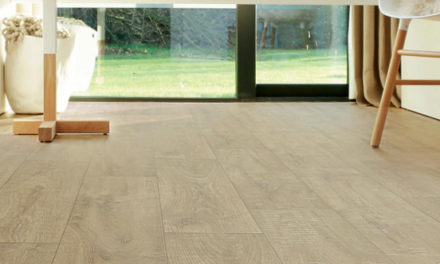