In the Swedish locality Kinna, a 130-year-old factory turns yarn into technical textile ready for export to 130 countries. The climate screens are used in greenhouse cultivation, where they save energy and improve crop quality.

The sun is dancing over the Oslo opera house. The glass facade shimmers and shines like a beacon; a spectacular, modern and recognizable landmark. But draped in the sun, the building heats up like a greenhouse, and indoor climatic conditions become erratic.

Temperature compensation is what consumes the most energy in buildings, a sector responsible for 40 percent of the world’s energy consumption. But the opera house stands out in this regard as well: 1000 square meters of plastic and aluminium crocheted fabric from Ludvig Svensson are hung behind the facade. It reflects and diminishes the sun, and keeps the indoor temperature at a comfortable level – without having to rely on an energy-consuming air conditioning.

Nevertheless, the opera house installation is a rather incidental add-on. The main application for Svensson’s climate screens – and the growing success of the company – is professional greenhouse cultivation.

The True Garden greenhouse in Phoenix, Arizona: lettuce and kale is grown vertically and aeroponically, while screens from Svensson control the climate conditions and protect the crops from insects. In spite of the hot desert climate, production goes on all year round. Photo: Ludvig Svensson.

”Our original concept was to save energy in professional greenhouse cultivation. We wanted to preserve the heat from the sun to avoid having to heat the greenhouses”, says Anders Ludvigson, CEO of Ludvig Svensson. ”The climate screens we have installed around the world generate energy savings equivalent to the output from three or four nuclear reactors every year”.

With responsive control over the curtains, active cooling and heating systems can be replaced. Over the years, the company has widened its offer: instead of just saving energy, the system is now able to control all relevant aspects of the greenhouse climate.

”Greenhouse cultivation depends on three climatic factors: light, temperature and humidity. With our climate screens, the grower gets control over all of them. This can shorten the growth cycle and reduce the need for water, fertilizer and pesticides. You could say that we give growers the power to achieve more output with less input”, Anders Ludvigson says.

From yarn to finished textile

Most of the manufacturing still takes place in Kinna, in a large brick building from the turn of the last century. The 220 employees handle the entire process from yarn to textile: dyeing, warping, knitting, crocheting, weaving and so on.

”We have a solid knowledge of every aspect of the process and the materials, and a profound understanding of both how the products are used and the problems they are solving. The core competency we have developed is unique”, Anders Ludvigson explains.

Svensson’s custom-built machinery produce more than 200 different varieties of climate screens, each one in a number of widths: the transparent Luxous is mostly used for growing vegetables in temperate climates; the Solaro is aimed at hotter climates, working as an extra cloud cover; the Tempa provides shadow in the day and night-time insulation.

These customized solutions are necessary, since different markets have their own climate conditions and special requirements. The specific preferences of the plants grown also affect the choice of screens. The common denominator is to maintain a predictable temperature, compensating for too hot days in some locations, too cool nights in others. Automatic management systems control the screens, rolling them out or in depending on current circumstances, allowing more light to enter or reflecting more of it away.

Svensson’s climate screens have propelled the company to a world-leading position. The screens are used in automatic greenhouse climate control systems, that roll out and roll back screens to reflect and admit heat as needed to optimize crop growth. Photo: Ludvig Svensson.

Ludvig Svensson is also a leading manufacturer of interior textiles for public spaces – but climate screens remain the most important and fastest growing segment, making up 70 percent of the operations. In 2017, the company noted record sales, making it difficult to keep up with demand – and now the aim is set to reach 1 billion SEK in sales.

”We have finally been able to catch up with last year’s soaring demand. We are actually looking at global growth, but Russia, China, Mexico and Canada stand out as the key growth markets”, Anders Ludvigson says.

The successful development has been acknowledged by the London Stock Exchange Group, including Ludvig Svensson in their October 2017 report ”1000 Companies to Inspire Europe”.

”The report ranked us as one of the most inspiring and fastest growing small-to-medium companies in Europe. We are immensely proud to be included, and it has caused quite a stir. Obviously, such awards are helpful in our brandbuilding; they reinforce our image in the industry and make us more interesting in the eyes of customers and job-seekers”, Anders Ludvigson says. 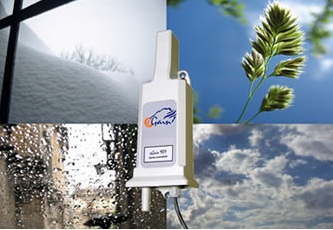 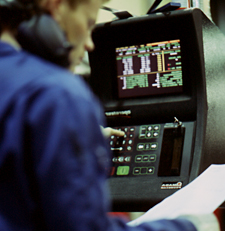 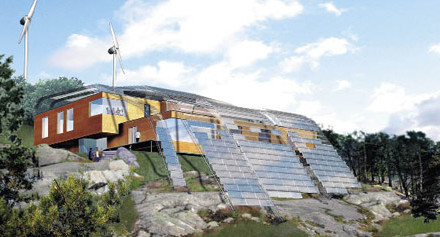