Boat shows around the world have long been characterized with boats with large, fuel-thirsty engines. In recent years, issues related to environmental and climate impacts have become increasingly important for boaters and boatyards, alike. Electric and hybrid motors, and more fuel-efficient hulls, have become more and more interesting for all involved. Speed is today of less importance. There are a growing number of boaters who would rather do 10 knots than 40 knots. Different types of climate-smart solutions are getting a stronger foothold among boat owners. At Advantage Environmental, we have published a number of articles highlighting the greening of large ships and small boats. This includes everything from using eco-friendly paints to innovative designs and construction methods.

Dellencat is one boat builder that has taken environmental considerations into the design of their new boats. For example, the Flica 37 sailboat is made of modified wood that provides unique environmental benefits. Read more about this in the article: “Eco-efficient wood in modern boat building.” Now Dellencat, together with Englishman Peter Worsley, have developed a wing system for sailboats. The system can be used for both single and double-hulled boats to provide greater comfort to the crew. The aim is to help people choose sail boats instead of motorboats to get a better sailing experience.

“We want people to sail more often. It is good for the environment and great for the sailors,” says Jan-Åke Malmqvist, one of the owners of DellenCat. “Many feel that sailing is difficult, cumbersome, uncomfortable, a little dangerous and requires the efforts of many crew members. With the new wing system you can actually sail yourself if you want. If you do lose control of the boat, set the throttle lever forward and steer the boat where you want.”

“We tested the system on a 6-meter single hulled sailboat and the feeling I got was this is how I want to sail. The boat was very responsive, and there were no unnecessary forces on the boat.” 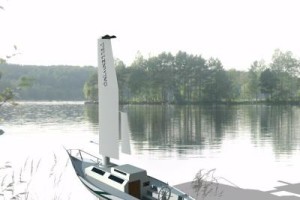 Both flying and sailing have wind forces in common. Aviators want to stay up and reach their destination while sailors want tor stay afloat and also reach their destination. Unfortunately for sailors, straight ahead is not always what the wind wants. Over the years, aircraft wings have evolved from simple constructions of wooden battens and sail materials to high performance aerodynamic systems. The development of masts and sails for boats has also progressed but traditional solutions are still common. DellenCat and Peter Worsley are now contributing to something that can be considered a technological breakthrough: joining aeronautic wing systems to sailing.

Regardless of whether it is an airplane wing or a sail the idea is to harness the power of the wind. An airplane wing is horizontal and has an asymmetrical profile to provide upward lift. A sailor though must be able to handle wind from both port and starboard sides of the boat. Therefore, the wing sail should be symmetrical in its cross section in a profile called NACA 0018. The wing is more efficient than a conventional sail causing the wing surface to be reduced.

Many aircraft have a raised edge at the tip of their wings (“wing tip” or “wing let”) that reduce eddies that arise where the wing ends, which reduces the speed and increases fuel consumption. Since a vertical sail wing works with the wind from both sides, these “winglets” are formed like a T and designed as small seagull wings. The tests carried out show significant improvements compared with no “winglets.”

The sail wing is made of foam profiles that are braced with thin slats of modified acetylate wood which is soaked in epoxy resin. Profiles are strung on two light beams, which are also made of foam and thin ribs of modified wood. The structure is reinforced at certain points by fiberglass and is covered with a polyester fabric coated with the same quality used in airplanes. There are no electrically conductive materials to provide greater safety against lightning, compared to a mast of metal.

The wing sets itself automatically to the wind and with a normal throttle one decides the speed of the boat. In neutral, there is no effect on the boat with standard reefed sails. If you want to reverse the boat one pulls the lever back. There are no complicated control systems that require computers or electricity without a wire-controlled mechanical system. 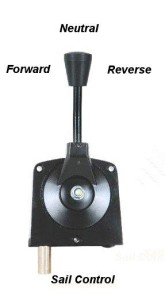 The wing automatically sets itself against the wind, plus about 7 degrees tail wing forces it sideways when one has gas in the full forward position. This independence from which direction the wind comes from means the wing can rotate 360 degrees around how many laps it wants. Fast wind changes are accommodated by the raised and balanced mass swing system. A sailor does not need to take down the wing when the boat is anchored or when it is left at the pier. The wing always sets itself against the wind and the force on the boat is very small. One just has to place it so that the wing can rotate around.

“This wing system will contribute to the construction of new types of sailboats. All one needs is a throttle to control the wing sail and then you just have to steer with a rudder. It can also reduce drafts and the weight of the keel because these are the only beneficial forces acting on the boat, that rive the boat forward,” says Malmqvist.

“The wing makes sailing easier and it is not more expensive than conventional sails. When the wind is not enough, the electric motor can be automatically switched on. As soon as the wind comes back and the boat goes faster than the set value on the throttle the electric motors turn into generators to charge the batteries,” says Malmqvist.

The article was published in February 2013 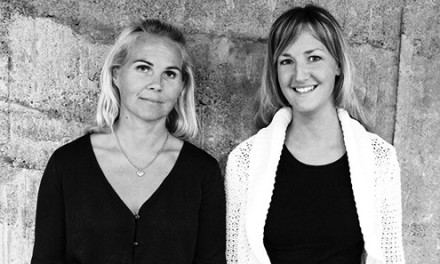 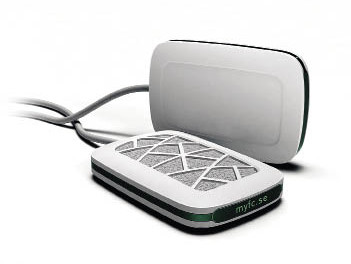