Industrial livestock production is associated with considerable greenhouse gas emissions, and with other environmental issues such as nutrient pollution. Efficiency measures often collide with the interest of animal welfare. Meanwhile, there is a need to increase global food production, and the demand for meat is rising. A possible solution to the dilemma is offered by synthetic biology. Alternative sources of protein are under research, and burger-worthy animal protein has already been grown in the laboratory.

The world-wide industrial livestock production continously comprises more than 25 billion land animals. The industry is using close to a third of all ice-free land, and 70 percent of the agricultural land. According to some estimates, livestock production is the single most important cause of anthropogenic global warming, with an impact exceeding both industry and transports. The United Nations agency FAO attributes 14.5 percent of GHG emissions to livestock. Many believe the current consumption of meat to be unsustainable.

Livestock production is one of the major causes of greenhouse gas emissions. (Source: FAO)

With wealth comes an appetite for meat

Some consumers are changing habits – in the US, meat consumption was 9 percent lower in 2012 than in 2007 (though still high compared to the global average) – but only a small minority have been willing to dispense with meat entirely, or make substantial reductions of their consumption. In the Western world, less than ten percent describe themselves as being vegetarian. In other countries, like India, vegetarianism is a concept deeply rooted in culture and religion – but not even there does the number of vegetarians exceed a third of the population. With a growing world population, food production has to be increased, and with current trends the consumption of meat and dairy foods is expected to be 70 percent higher in 2050. In particular, demand is rising rapidly in countries like China and India, where a middle class is emerging in large numbers – able to afford meat as an everyday food, not only as an occasional luxury. It seems unlikely that the sheer volume of animal produce which reasonably will be in demand in the future could ever be produced without industrial methods.

The downside of industrial production

The small scale livestock farming of old has basically ceased to exist. Almost all of it has been replaced by large scale industrial livestock production. This has enabled a substantially increased output – but at the cost of having very large concentrations of animals. The intensive farming raises both practical and animal welfare issues. For example, high stocking density combined with low genetic variation is a virtual recipe for infectious spreading. Antibiotics is often routinely administered as a countermeasure – not only to treat infection, but also preemptively, as well as (in subtherapeutical doses) to increase growth. Sweden uses the least amount of antibiotics per animal of all EU countries – but looking globally, two thirds of all antibiotics is used in livestock production. Overuse of antibiotics might lead to development of antibiotic resistance.

The high density and large number of animals also give rise to a severe waste management problem. Animal husbandry creates 100 times more waste than the human world population, and proper recycling of the manure, without leakage and nutrient pollution, is not an easy feat. The need to grow feed to supply the animals is another issue. Animal feed does not have to use land otherwise suitable for growing crops, but the way global meat production works today, that is often the case. Grazing is an exception, while large areas of farmland are allocated to  soy production, most of which is used as high-protein animal feed.

These problems could be interpreted as signs of a rationalization taken too far. Still, one has to keep in mind that we never had a working alternative capable of providing food for so many people; when small-scale livestock production was the norm, the world population was much smaller. Considering the need for food security, another perspective is possible: that rationalization is not taken far enough. After all, we are still raising entire animals, when it is mostly just their meat we are interested in.

A hundred years ago, the chemist Marcellin Berthelot suggested another way. By then, scientists had developed new methods to analyze foodstuffs and identify nutrients. Berthelot believed that the next logical step was to reassemble nutrients and make synthetic food, perhaps even create meat in the laboratory. In his mind, it was an evolutionary step – just as natural as replacing wood stoves with electrical ones: “Chemistry has already shaped our cooking utensils and cuisine – now, all that remains is for it to provide the food itself”, he said.

Synthetic biology is a new field of research, on the border between biology and engineering, which is breathing new hope into Berthelot’s vision. Assembling complex substances from basic building blocks has now become technologically feasible. The technology borders to GMO, but the difference is that the desired product is a substance, not a living organism. (See also “GMO’s – a controversial tool“.)

In a fashion, it is merely beer brewing taken one step further. The ability of yeast to ferment sugars into alcohol is something humans have taken advantage of for a long time. Now, yeasts or other microorganisms can be re-programmed to transform their culture medium into other substances we desire, such as specific proteins. Modules of artificial genetic material can be designed in the computer, printed in the form of DNA, and then injected into the yeast cells, effectively turning them into efficient, customized factories.

Some foodstuffs are easier to synthesize than others. Milk, for instance – an emulsion of fatty acids, proteins, minerals and sugars in water. The company Muufri has developed a product they claim to be indistinguishable from milk in structure and taste, and is looking to commersialize it during 2015. The product contains six milk proteins derived from modified yeast, fatty acids from vegetable oils, and some added minerals and sugars.

Protein from insects and funguses

Growing meat would be a more complex undertaking – but the industrial production of meat replacement products provides a foretaste. Often, such products are based on soy, grain or pea protein. Lyckeby Culinar, for example, is a Swedish company supplying the food industry with products where some of the meat content has been replaced with algae or leguminous plants.

According to FAO, the Food and Agriculture Organization of the United Nations, insects will be important for food security in the future – and in many parts of the world they are already considered food. Compared to livestock, the production is more efficient since more of the animal can be eaten. They are easy to breed and can be fed with waste materials, thereby causing less emissions of greenhouse gases.

The idea of replacing meat with insects might not be very culinary appealing. The protein can be extracted and used in finished products, however. One such product is the new C-Fu, based on mealworms. A Swedish idea being developed by JTI is to grow termites and other wood-eating insects on forestry waste, then use their protein to substitute imported soy in feed concentrates.

The mycoprotein based product Quorn is one of the alternative protein sources closest to the processes of synthetic biology. A certain mold is grown in fermentation tanks, where it creates proteins. The extracted protein is mixed with some egg white, resulting in a meat-like product. Maybe actual meat protein could be produced in large scale in a similar way – perhaps by replacing the microorganisms with animal stem cells?

The first burger patty made from lab-grown meat was served in August 2013. Stem cells taken from a cow’s muscle were grown in a nutrient solution, and formed small, white protein strings. Eventually, enough strings could be harvested to make a burger patty. The red muscle protein myoglobin was added to provide the expected colour. Tasters deemed the product to be more like meat than meat substitute.

This pioneer burger had a development cost of USD 250 000 – but the process has since been improved. According to the scientists, such burgers could now be produced for less than USD 100 per kg – and in a couple of decades, the method might compete with the livestock industry. There would definitely be an environmental advantage: the method demands half the energy of livestock production, and land usage and greenhouse gas emissions are very low in comparison. (See also: “Lab-grown meat is more eco friendly“.)

A number of hurdles to overcome

There are a number of technological hurdles to overcome before large-scale commersial production of meat cultured from stem cells is likely to become a reality. Maintaining a high enough rate of cell division is one. To find a cost-efficient culture medium with good properties is another; synthetic meat still needs a raw material. So far, the culture medium has been bovine serum, a byproduct from the livestock industry. In order to replace it, another source of nutrition would be necessary.

Then there is the issue of how to design the bioreactor. In real meat, blood vessels help transport nutrients and oxygen through the tissue. Without a vascular system of some kind, creating whole pieces of meat or any larger tissue would be difficult.

We are going to have to increase the global food production. Many of us are also going to want to keep eating meat. Synthetic biology brings an opportunity to achieve this, and at the same time reduce the resource use and environmental issues associated with meat production. The key is to find a shorter path of nutrient conversion; the path traditionally taken, from grasslands to steak, has some obvious drawbacks.

The animal farms of the future might appear more like breweries than today’s industrial farming. They might be stocked with yeast funguses and stem cell cultures rather than livestock. Maybe they will even come to grips with the issues of emissions and resource usage, with no visible difference on the dinner plate.

The article was published in September 2015 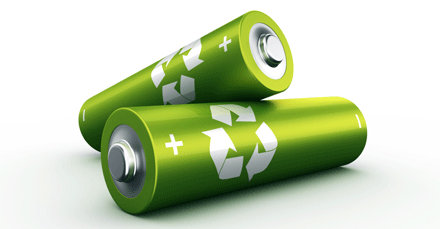 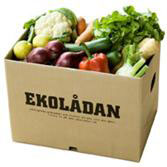 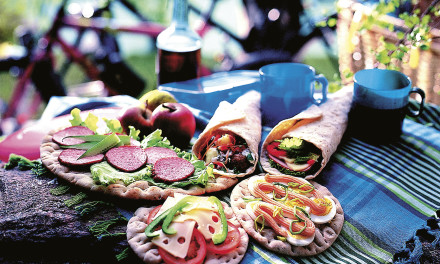