In the labyrinthic waterways between Sweden and Finland, the cruise ferries bounce back and forth through the archipelagos. But when it comes to technology development, it is full speed ahead for Viking Line: composite rotor sails, LNG fuel and heat power will make their new ferry the most climate efficient to date.

”The new vessel will be a pioneer in environmental aspects, featuring a number of innovative technologies”, explains Jan Hanses, CEO of Viking Line. ”Our aim is for the sustainability perspective to be integral to everything we do. For many years, we have set stringent requirements for more environmentally sound technology, implemented fuel-saving programmes and introduced new environmentally sound concepts on board. Today we do more than international agreements and national laws require of us”.

In 2017, Viking Line signed a shipbuilding contract to build a new vessel with capacity for 2,800 passengers, in Xiamen, China. Construction commenced on September 3rd, 2018. The ambition is that the new ship will be one of the most environmentally-friendly cruise ferries in the global maritime industry, and it will launch for operation on the Turku–Åland–Stockholm route in early 2021.

The new vessel is modelled on the experiences from M/S Viking Grace, the company’s current flagship and a testbed for new energy-efficient solutions – but is calculated to consume up to 10 per cent less fuel.

”Optimised energy efficiency and environmentally-friendly solutions have been focal points for the project, and the new vessel will be among the most energy efficient ships in the world”, says Jan Hanses. ”Energy efficiency and emission reductions are key priorities; vessel operating staff and the Group’s technical department are working to introduce new fuel-efficient operating methods, install new and more energy-efficient technology, reduce the vessels’ hydrodynamic resistance and recover energy.”

Viking Grace serves the Turku (Finland) – Stockholm (Sweden) route. When she was put in service in 2013, Viking Grace was the first cruise vessel in the world to run on liquefied natural gas – a technology that the new vessel will inherit. In comparison with bunker oil, LNG reduces nitrogen and particle emissions by 85 percent, and greenhouse gas emissions by 15 percent. Sulphur emissions are reduced to virtually zero.

The LNG is supplied by German-Swedish AGA’s custom-built fuelling vessel Seagas. When the ferry is moored at her port in Stadsgården, Stockholm, Seagas fills her up in about an hour. The LNG also provides cooling for the ship’s air conditioning system:

”The natural gas is cooled to minus 160 degrees Celsius to render it liquid, so it can be handled and transferred. The cold gas is used to cool the rest of the ship, a kind of energy recycling which Viking Grace was first in the world to employ”, says Kari Granberg, Project Manager Marine Operations at Viking Line.

In 2015, Viking Grace became the first ship to install a new energy circulation system developed by the Swedish cleantech company Climeon. The system, Climeon Ocean Marine, converts waste heat from the vessel’s engines into clean, emission-free electricity (read more in the article ”Energy innovation recovers the lost heat”). The trial has been a success, and in 2017, 483 700 kWh of electricity was generated. Viking Line maintains a close cooperation with Climeon when the new vessel is constructed; its system will be an integrated part of the ship and will deliver nine times as much waste heat power as from the Viking Grace installation.

”We have decided to include the Climeon Heat Power system as we develop new vessels and are evaluating the possibility of rebuilding our existing vessels so that the technology can be used throughout our existing fleet”, Kari Granberg says.

In April 2018, the next energy-saving innovation was brought on board Viking Grace: she was then retrofitted with a mechanical rotary sail, providing wind-assisted propulsion. The rotor sail will reduce the vessel’s carbon dioxide emissions by up to 900 tonnes per year, depending on the wind conditions.

The rotor sail is a spinning cylinder rising from the hull, 24 m in height and 4 m in diameter. As an engine turns the rotor, passing air flows with a lower pressure on one side than on the opposite. This pressure difference creates a propulsion force that drives the vessel forward. It uses the so-called Magnus effect to harness wind power: the same effect that gives a spinning ball a curved trajectory.

”We want to pioneer the use of solutions that reduce the environmental load. Norsepower has developed a world-class mechanical rotor sail solution, and we are proud of the fact that our Viking Grace is the first passenger ship in the world to benefit from this innovation”, says Jan Hanses.

A ship using the rotor sail solution can achieve up to 20 percent fuel savings per year, and still maintain the same speed. The rotor sail was originally invented in the 1920s, as the Flettner rotor. The technology was prohibitely expensive then, and fuel was cheap, so it was mothballed – but the development of modern composite materials and growing climate change awareness has turned the tables. The developer, Norsepower Oy Ltd, has created a fully automated solution: it senses whenever the wind is strong enough to deliver fuel savings, at which point the rotors start automatically – optimising crew time and resource. The system continously adjusts to changes in the direction or force of the wind.

The new ship will be built with two rotor sails on board. The vessel will also be the first passenger cruise ship to carry the electrical propulsion system Azipod, developed by ABB. The Azipod system has already contributed to fuel savings around the world of more 700 000 tonnes. Azipod improves maneuverability by placing the propeller outside the hull, on a pod that can rotate freely. In an archipelago, this can prove very efficient.

The article was published in September 2018. 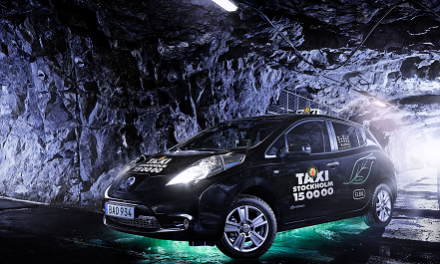 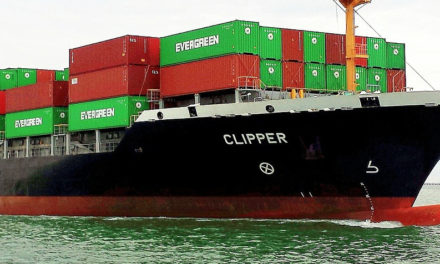