Environmental advantages with the Re:newcell fiber[ + ]

The circular transformation of the textile industry may have begun in Kristinehamn, Sweden. Here, the first large-scale recycling of old cotton clothes into new textile fibers is taking place.

”Every act of creation begins with an act of destruction”, Pablo Picasso insisted. He was a man that opened the eyes of the world to novel approaches like few before him; the cubism he invented dissolved the bounds of perspective, including more in a single painting than a single observer’s viewpoint. In the end, the art world was fundamentally changed.

The spanish painter once chose Kristinehamn as the location for a fifteen meter tall sculpture of Jaqueline, his wife and muse. Now it stands at the north-east corner of Lake Vänern, like an exclamation mark following a life’s work of change.

When the company Re:newcell chose Kristinehamn, they probably relied more on the region’s solid pulp production experience. Nevertheless, the fact that they decided to put their pilot factory in Akzo Nobel’s facility there, a mere stone’s throw or two from the Picasso sculpture, seems altogether fitting and proper. Inconspicous as the factory may look, the process within it is as radical, as potentially ground-breaking as Picasso’s work. And just like in his studio, innovative decomposition is the tool of the trade.

”We have a unique solution. We recycle the cellulose in the clothes chemically, in order to produce a bio-degradable raw material for new textiles. Without degradation, and in large scale. This kind of chemical recycling has not existed before”, says Harald Cavalli-Björkman, Head of Communications at Re:newcell.

The facility in Kristinehamn receives bales of discarded garments, which otherwise would have been incinerated. The fabrics are cut down and decolorized before being boiled into pulp. Photo: Re:newcell.

The company begins with cotton or viscose fabrics. They are torn apart, then dissolved in a chemical process. Any content of other materials is separated, leaving a cellulose pulp which is flat-rolled into large sheets of all-recycled, all-degradable fiber. The sheets are delivered to manufacturers, where they are used to make new fabrics.

Mechanical recycling has been an option before. The problem with that is quality degradation: the fibres are worn down with every cycle, losing quality and strength. As a raw material for clothing, mechanically recycled cotton just won’t cut it as a replacement for virgin cotton.

”Less than one percent of the textile fibers produced today are recycled into new clothing. The rest of the recycling that happens is down-cycling, where garments are turned into insulation materials or stuffing”, Harald Cavalli-Björkman explains.

Textile products are often used for a relatively short time, before being incinerated or sent to landfill. In the EU alone, four million tonnes of textile waste is landfilled or burnt every year. According to IVL Swedish Environmental Institute, not even Sweden (otherwise a forerunner of recycling) manages to achieve a recycling rate over five percent. The lack of recycling is worrisome, especially considering that the production of virgin cotton is such a resource- and water-demanding process: manufacturing a single pair of jeans may consume 8000 liters of water.

”The textile industry is in desperate need of a solution to the resource waste. Cotton production is expected to decline, so the rapidly increasing demand for textile materials will have to be met by either fossil-based fibers or by cellulose. Our recycled material is a crucial piece of this puzzle to make room for a more sustainable production”, Harald Cavalli-Björkman says.

Plenty of raw materials for the process

Re:newcell is one of the companies working to solve the key issue of the textile industry: fiber-level recycling of fabrics. Recovered clothes are sorted, turned into pulp in a chemical process, and finally flat-rolled into sheets that can be used as raw material for new textile materials.  Illustration: Re:newcell.

Re:newcell has two sources of raw material: scrap from production and discarded consumer products. Textile scrap is the easiest to recycle. Collected consumer waste poses more of a problem, since quality differs more and garments often are composed of different fabrics and details in other materials such as zippers and buttons.

”In the first category, we are collaborating directly with manufacturers and brands to identify and recover suitable scrap from their value chains. In the other category, we are working with major collectors and sorters that are capable of providing waste fractions we can use. That means primarily cotton garments with too much wear and tear for the second hand market”, Harald Cavalli-Björkman says. He is confident in the supply:

”There is an enormous amount of waste. The industry is estimated to generate 90 million tonnes annually, so there is no bottle-neck there when we scale up the process.”

Already in 2014, Re:newcell announced the world’s first garment made entirely from chemically recycled textile fiber: a yellow dress (read more in the article “Discarded clothes: a new lease on life“). Ever since, the process has been developed and refined to reach industrial scale production. The company is ultimately looking to become a world-leading supplier of textile fiber.

”Up until 2016, we focused on process development and proof-of-concept. The state-owned investment company Fouriertransform became a shareholder in 2016, allowing us to begin the construction of an industrial scale production facility. We began production in the factory in the fall of 2017”, Cavalli-Björkman says.

Last year, the fashion giant H&M acquired an interest in the company as well. Now, production volumes are being ramped up, and the goal is to produce a couple of thousand tonnes during 2019.

”Some of the most important brands in the fashion industry is showing great interest in aquiring our product. Our hope is that consumers will be able to buy garments containing our recycled fiber some time next year. Then we want to build more factories as soon as possible, to quickly increase our production capacity”, Harald Cavalli-Björkman explains.

The materials viscose and lyocell are not new inventions. They have been produced for a long time, by regenerating long cellulose fibers from bleached wood pulp, so-called dissolving pulp. The Re:newcell pulp is the same thing – but in certain aspects, the quality is even better than wood-based materials.

Harald Cavalli-Björkman does not think there is a conflict between wood-based viscose and viscose from recycled cotton. He sees the two as alternatives, and emphasizes that wood-based viscose may be another sustainable option – provided that it comes from responsible forestry:

”There is a large difference in environmental impact between for instance Swedish pulp and Indonesian rain forests. Recycled cotton – or recycled forest-based viscose for that matter, our process makes no difference between them – will not replace virgin materials totally in the foreseeable future. But we are hoping that the industry and the consumers will gradually increase their demand for sustainable materials in general, whatever their sources”.

The growing market for sustainable textile processes will have plenty of room for various solutions to live in parallel, he believes. But, as Picasso once learned in the dawning age of cubism: even when the unchartered territory before you is vast, someone has to be the first one to break into it.

”There are a number of projects underway around the world that attempts to scale up chemical recycling of cotton and cellulose fiber. But as far as we can tell, we have come the furthest”, Harald Cavalli-Björkman concludes. 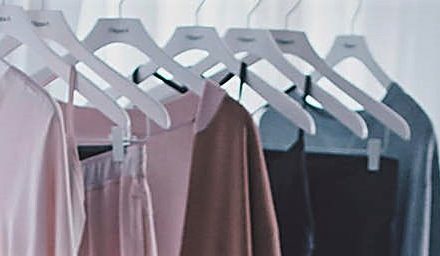 In the heartland of Swedish sustainable fashion 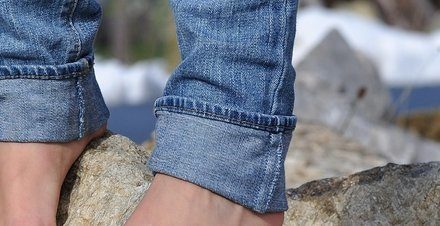 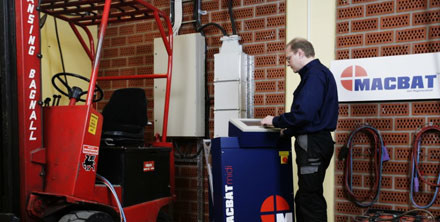