Negative emissions is one of the important tools mentioned in the Paris agreement. We can capture carbon from flue gases and deposit it in underground reservoirs, and growing biomass can do the sequestration. The technology is expensive and energy-intensive, but it is evolving.

When we realized that industrialization could be powered by the combustion of fossil fuels, a Pandora’s box, longly cased in the earth crust, was opened. Thus far, more than 600 billion tonnes of carbon have escaped from the box to the atmosphere. We are trying to put the lid back on, but can we do better than that? Can we pull the carbon out of the air and put it back in the box again? Futile as it may seem, many believe there is hope.

On 4 November, the Paris agreement will come into force. A majority of the world’s countries have formally ratified the ambition to turn emissions around as soon as possible, and pursue significant emission cuts up until 2050. The aim is for net emissions to be zero or negative thereafter, meaning than any remaining emissions need to be balanced out by negative emissions: sequestration of carbon from the atmosphere to sinks that can store it indefinitely.

BECCS: growing biomass absorbs carbon that can be captured from flue gas.

In theory, one way of achieving that is to absorb and accumulate carbon dioxide from the ambient air, and store it in underground reservoirs. Such technology is being developed by at least three startups: Carbon Engineering, Global Thermostat and Climeworks. A more likely method is to capture the carbon close to emission sources, where concentrations are higher. When the source is combustion of fossil fuels, the technology is often referred to as CCS, carbon capture and storage. When biomass is the source, it is called BECCS (bio-energy with carbon capture and storage).

Proven on a small scale

The carbon dioxide released by combustion is dispersed in the flue gas, and it has to be separated and concentrated first of all. It can then be compressed to render it fluid, so it can be transported to the place of storage by ship or by pipeline. Suitable sites for carbon storage are typically porous rock formations similar to the ones where fossil fuels have been enclosed for millions of years. Deep saline aquifers, for instance: formations of permeable rock such as sandstone, saturated with salt water where the carbon can be dissolved at a depth of 1000-3000 meters. To prevent leakage, the permeable rock should be capped by a caprock such as shale. Eventually, the dissolved carbon will form stable carbonate minerals.

In the summer of 2016, the Hellisheidi power station on Iceland made headlines for their surprisingly quick carbonation results. In a research project, carbon dioxide dissolved in water was injected in a deep basalt storage. Within months, the carbonic acid reacted with alkaline elements to form stable carbonate minerals. The speed of the process makes basalt formations particulary interesting as places of storage.

The separation can be performed in a number of ways. With pre-combustion methods, the fuel is split in hydrogen and carbon dioxide before combustion is completed, by gasification or some other process.  Oxyfuel combustion methods use oxygen rather than air for combustion of fuel. This produces exhaust gas that is mainly water vapour and high purity CO2 that can be easily separated. A related method is chemical looping, where the oxygen is provided by means of a metal oxide.

Most common are the post-combustion methods, where the carbon dioxide is captured or scrubbed from exhaust gases, often by a liquid solvent. A solid adsorbing material can also be used; Metal-Organic Frameworks (MOFs) are a novel class of materials that offer particular promise. Membranes that permit transport solely of CO2 is another separation method at the research frontier. Improved membrane technology has great future potential for low energy penalty and cost compared to competing technologies.

Fuel cells working with flue gas as input can generate electricity while carbon dioxide is concentrated as a side effect.

The companies ExxonMobil and FuelCell Energy have come up with another interesting technology based on carbonate fuel cells. The fuel cells generate electricity with hydrogen from natural gas as fuel. Air is used to facilitate the reaction. But if the air input is replaced with a stream of flue gas, the fuel cell will pull out the carbon dioxide, use it in the reaction, and concentrate it at its own exhaust where it can be easily captured. A conventional scrubber acts as a parasitic load on the primary plant; the fuel cell, by contrast, is a power generator that separates carbon as a side effect. On a laboratory scale, the process is working. To be put to practical use, much larger fuel cells will be necessary.

Carbon scrubbing technology is already being used in a number of facilities. At the Sleipner gas field in the North Sea, a million tonnes of carbon dioxide have been scrubbed and stored every year since 1996. While the technology is proven, it is still expensive and energy-intense; carbon capture can cost a third of the energy gathered from combustion. For economic reasons, many of the pilot facilities are utilizing the carbon dioxide as a raw material instead of putting it in geological storage (a procedure referred to as CCU, carbon capture and utilization).

The CCS facility Petra Nova is about to open at a coal-fired power plant outside Houston, and will be the largest of its kind. At Petra Nova, carbon dioxide will be scrubbed from the exhaust gases and used for enhanced oil recovery.  The compressed carbon dioxide will be transported to an oil field where it will be injected to recover previously unreachable oil. While the carbon dioxide will end up stored permanently underground, the climate benefit of the practice may be somewhat dubious. Nevertheless, projects like this provide a commercial platform that helps advance CCS technology.

In Saga, Japan, a CCU facility was opened in August. Scrubbed carbon dioxide from a thermal power plant will be used as fertilizer to cultivate algae. In Luleå, Sweden, researchers are testing an enzyme based process to capture carbon dioxide from the SSAB steel mill and convert it to formic acid for industrial use. Carbon dioxide can also be used to create synthetic liquid fuels. The process often depends on rare catalyst materials, but an unexpected result from Oak Ridge National Laboratory, USA, may make the technology more scalable. Researchers were testing a catalyst supposed to facilitate the first of several steps in the conversion process from carbon dioxide to ethanol, but to their surprise, the carbon-nitrogen-copper nano structure performed the entire reaction in a single step.

While CCS can make fossil combustion carbon neutral at best, BECCS has the power to create actual negative emissions and lower the atmospheric concentration of carbon. Plantations, forests or marine biomass production will do the actual capture; growing biomass absorbs atmospheric carbon as building blocks, but when it is combusted or decays, the carbon is released again. The idea is to break the carbon cycle by capturing the carbon at biofuel-fired power plants, industries, ethanol factories and biogas facilities, then deposit it indefinitely, deep under ground.

A first BECCS demonstration project is underway in Illinois, USA. Carbon dioxide released as a byproduct from ethanol production is captured and injected in a porous sandstone formation. Current capture capacity is 1 million tonnes per annum. The Swedish company Biorecro is one of the participants in the project, and is also involved in other upcoming BECCS projects.

The large-scale feasibility of BECCS is an open question. It will likely require very large areas to be set aside for biomass production – larger than the size of the Indian peninsula, according to some estimates. This is a cause for concern, especially since the food production will demand more agricultural land as the world’s population grows. Scaling up transports to accomodate global BECCS is hardly trivial either.

Another concern is how carbon capture can be commercialized. To make the leap from CCU to geological storage, the climate cleaning effect has to be valued. Scaling issues aside, we have to decide who foots the bill, and how.

While there definitely are hurdles, one should keep in mind that we are talking about a technology in its infancy. As it is scaled up, tried and established, costs are bound to drop and valuable experience be gained, driving innovation further. If today’s CCU trials can initiate a serious development of things like membrane technology, MOFs and carbonate fuel cells, and increasing deployment can provide economies of scale similar to what has happened in wind and solar, truly negative emissions may come within reach sooner than we think. 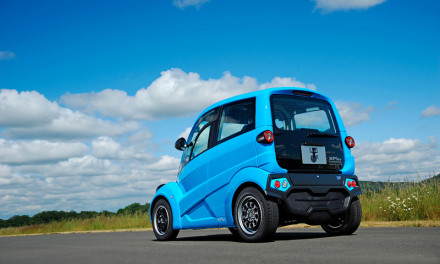 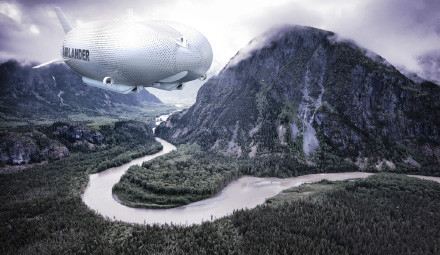 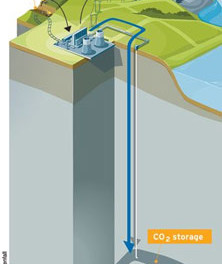 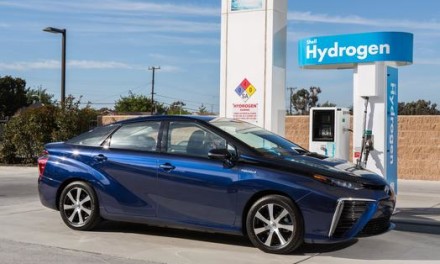