Hydroware develops energy-efficient lift systems and components. The company focuses on modular hydraulic lifts that can be modernized part by part, in order to minimize the life cycle environmental impact.

Modular hydraulic lifts, that allow single components to be replaced instead of the entire lift, are superior in a life cycle perspective. Photo: Hydroware.

”Our vision is inspired by the circular economy. We want to build sustainable lift solutions that combine economic value with reusability – or at least recyclability”, says Kjell Johansson, CEO of Hydroware.

”Circular economy is a concept that we apply in practice. We are using open source networks to develop lift solutions that are both resource efficient and comfortable”.

”A couple of years ago, we conducted a life cycle assessment of a four level lift in a residential building. The LCA compared a traction lift to a hydraulic lift, both installed in a new residential building in Berlin. We assumed the life of the building to be 80 years, and the life of the lift to be 20 years. The hydraulic lift would be modernized with 20 year intervals, while the traction lift would be replaced completely with the same interval”, Kjell Johansson says.

”According to the LCA, under these circumstances, the traction lift had a significantly larger environmental impact than the hydraulic one. In terms of carbon footprint, the traction lift caused 37 tonnes more of carbon dioxide emissions. Many were surprised by this result; the common notion has been that energy consumption during usage is what matters the most. While energy consumption is important, materials are important as well. It actually takes more energy to manufacture the 1.5 ton steel counterweight for a traction lift, than to operate a hydraulic elevator for 25 years. As it turns out, replacing an entire lift system is not the most environment-friendly option; components that hardly are subjected to wear essentially have the same life as the building itself. We immediately came to the conclusion that Hydroware has to employ a more circular business model”, Kjell says.

”The life cycle assessment also gave us an instrument to develop sustainability criteria for various kinds of lifts. Simply put, a hydraulic lift is the superior choice for residential buildings lower than 6-7 floors, and for malls and commercial buildings with 2-3 floors operated less than 250 000 times per year”.

Modernizing with the environment in mind

A lift has a number of components with very different service lives, and can be seen as a modular system. It usually operates in a protected environment where many components experience negligible wear. Such components, such as T-guides (a kind of rail that keeps the lift in place in the lift shaft), car frames and doorcases, have high longevity.

”During the last 20 years, many lift manufacturers have opted for less modular designs than before. Lifts that have to be replaced entirely instead of being modernized. We believe that modular lift systems where single components can be replaced are essential for environmental reasons”, Kjell Johansson says.

”We continue to develop our modular hydraulic lifts to minimize environmental impact – an example of circular economy in practice”, says Kjell Johansson, Hydroware.

”From a circular economy standpoint, the parts that are not worn out for generations should be left in place for the lifespan of the building itself. Only components of the drive system, electronics and other wearing parts should be replaced. Modernization instead of replacement brings many benefits, both economical and environmental”.

”The core of the HydroElite drive- and control system is our unique valve. The lift is equipped with a servo valve that makes it possible to go straight to the chosen floor, without jogging. Furthermore, the valve does not require oil to be by-passed when the lift moves upwards at full speed, reducing trip time and energy consumption compared to regular valves. The lift uses 70 percent less energy than a conventional hydraulic system, and the power strain can often be reduced to a third. The system is self-learning and self-adjusting. No manual calibration is required, and the valve gets more precise with every trip”.

”We have decided to be part of the circular economy. The next step is to develop the products to make them even more suited for reuse and repair. We use ecodesign to integrate consideration for the environmental impact in the development process, which eventually means better business”, Kjell Johansson says. 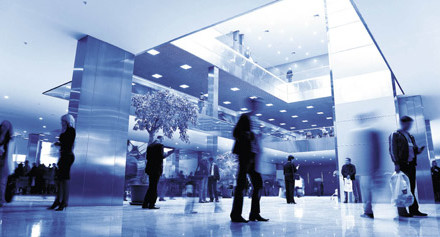 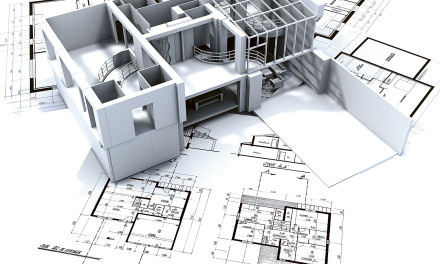 Houses for the future 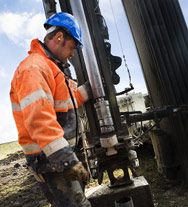