Scientists and engineers at the world’s premier technology companies, research laboratories, and universities, daily use software programs to perform calculations in heat transfer, fluid mechanics, electromagnetism, strength and chemical engineering. A lot of this has a direct bearing on sustainable development, for example in terms of the efficient use of materials and energy, but also to identify and prevent pollution.

“The original idea for COMSOL Multiphysics software came from Professor Germund Dahlquist at the Royal Institute of Technology (KTH) in Stockholm. In the 1980s he began to use personal computers to solve partial differential equations, i.e. the mathematical description of the laws of nature. Svante Littmarck had Dahlquist as a supervisor during his doctoral studies at KTH and got together with some other graduate students to start a business focused on programming,” explains Mikael Fredenberg of COMSOL AB.

“The company was helped by the business incubator Teknikhöjden and now, after various successes and failures, has expanded into 20 subsidiaries and has about employees in Europe, USA, India, China and South America. Littmarck is CEO of COMSOL and CEO of the American division, and former graduate student and colleague Farhad Saeidi is CEO of the Swedish parent company. Our product is called COMSOL Multiphysics, and with it you can model and simulate multi-physical problems. We have more than 100,000 users worldwide,” continues Fredenberg.

“One of our biggest commercial customers is the American space agency NASA. The software is used in the development of high-tech products in the most diverse contexts. We also consider it important that students have access to COMSOL Multiphysics. We have, for example, user agreements with KTH, Chalmers and Stanford and MIT in the United States.”

“The uses are many and include simulation, modeling and visualization of various physical and chemical problems relating to electromagnetic calculations, semiconductor fabrication, electrochemical sensors, strength calculations, heat transfer, fluid flow, space technology, chemical engineering, and more. In the environmental area, there are also many uses, including seawater desalination, water treatment, simulation of how pollution spreads, and the development of effective and safe batteries,” concludes Fredenberg.

Easier for the chemist

Mathematics and chemistry are related when it comes to understanding complex reactions. By experimenting on the computer chemists save time and reduce the use of chemicals. Chemical calculations that previously took days or weeks can now be simulated in minutes with the help of the CONSOL (Chemical Reaction Engineering Module) software. The chemist enters the chemical reaction formulas to be tested and then the calculations are based on information on their thermodynamic reactions and diffusion properties.

Different material and energy balances can be simulated which allow an improved understanding of the chemical context, and to find solutions to chemical problems in a completely different way than before. In practice, one can optimize the reaction vessels, mixing and filtration equipment and components and relationships in a chemical process. This is good for the chemist and process engineer, but it is also something that creates environmental benefits – lower risk, more efficient use of raw materials and energy, and reduction of waste are some examples of what can be accomplished with the efficient design of chemical processes.

Mining gives rise to highly polluted sludge that is stored in ponds (pond enrichment – tailing dam). The sludge is so toxic that it cannot be transported away from the pond that must be designed to last for hundreds to thousands of years. Unfortunately, not all ponds can do this and collapse sooner or later. Los Frailes in Spain in 1998, Aitik in Sweden in 2000 and Kolontár pond in Hungary in 2010 are just some examples of dam failures that have had significant environmental impacts.

Valentina Gonzales and Henrietta Åberg at KTH conducted a 2012 enrichment study of the Sijiaying dam, which is an upstream dam at an iron mine in the Heibe Province in China. The aim was to investigate safety with regard to the stability and diffusion of pollutants. The researchers used COMSOL to create three models of a section of the dam with different conditions in terms of water flow, soil mechanics and pollutant diffusion. The simulations showed that the dam under the given conditions were stable, which of course was satisfactory from a safety and environmental standpoint.

There are many wind energy projects being developed around the world, but they re not always welcomed by local residents. A common complaint regards noise and Xi Engineering Consultants Ltd specializes in the complex vibrations that occur in a wind turbine. The vibrations come from gearboxes that reverberate in the steel tower, which is perceived by the surroundings as an annoying noise.

Using COMSOL to create a model of the wind turbine engineers could localize the areas that enhanced the noise and test solutions. One solution for reducing noise was to insulate the steel construction with a sound absorbing material. To keep costs down they used COMSOL to calculate the minimum amount of sound absorbing material needed to pass the environmental legislation noise limit.

The construction company NCC is keen to explore different solutions to heat buildings. An alternative to conventional solar collectors may be to use the unused “free space” of asphalt panels such as parking lots. The heat in the asphalt surface is captured in the summer with the help of buried fluid-filled tubes. The hot fluid in the tubes is passed down a borehole for storage. There, the stored heat can be used to heat nearby buildings during the winter months with the help of a heat pump.

To perform simulations of heat uptake in the asphalt surface NCC, along with researchers at Chalmers, used the COMSOL Multiphysics software. An interesting observation is that the asphalt collector resulted in increased efficiency of the heat pump and the temperature of the fluid in the borehole layer was higher than in a normal geothermal heating system. And emissions of carbon dioxide were lower compared to a traditional geothermal heating system. 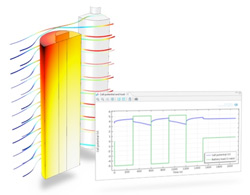 The heat distribution in a set of lithium-ion batteries. Source: COMSOL.

Dr. Songrui Wang is a researcher at the Tianjin Institute of Power Sources, and studies safety in batteries. She analyzes the risks of fires in lithium ion batteries, the kinds that are common in electric vehicles, electric bicycles, hand tools, cell phones, and other applications.

Dr. Wang uses COMSOL Multiphysics to create models for how lithium batteries behave when they neither emit nor receive energy from the environment (adiabatic condition).The simulations have reduced the need for dangerous and expensive experiments and contributed to the development of safer and more efficient batteries for electric cars.

Here’s an example: An old chemical factory stores chlorinated solvents (trichlorethylene) in an underground tank. The corrosion over the years has meant that it has formed a lot of microscopic holes in the tank and about two kg of the substance leaks out per year and per square meter from the tank. The leak has been going on for 10 years and there is a dire need to calculate how the contamination has spread in soil and groundwater systems.

The above is an example of how students at a technical college use COMSOL to calculate the spread of trichlorethylene and visualize it in three dimensions. In a similar way, environmental consultants use the COMSOL software to identify different types of soil pollution and to develop effective remediation methods. 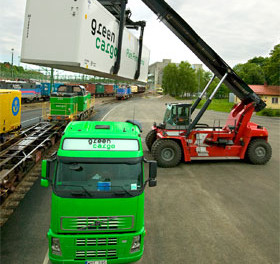 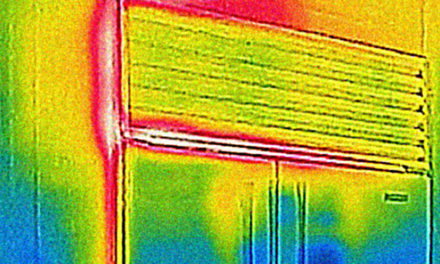 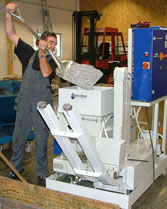 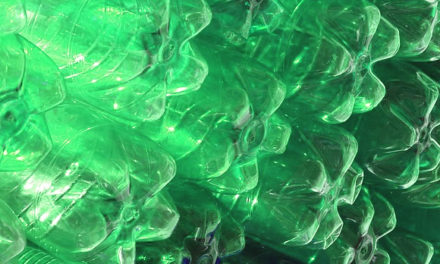